With the Real Estate (Regulation and Development) Act making it compulsory for developers and builders to purchase land from their own funds and not through advance payments collected from customers, it is being perceived that most land deals across the country are likely to close at least 20% – 25 % lesser than pre-RERA prices, this is what is being said by all the real estate gurus.

In a recent auction, held in Mumbai which was conducted by City and Industrial Development Corporation (CIDCO), it was able to garner Rs 245 crore by tendering six plots in New Panvel. This time the rates ranged from Rs 65,250 / sqm. to Rs 96,000 / sqm. which is much lower compared to Rs 1.25 lakh/sqm. it commanded during the last auction. The price has reduced significantly with majority big shots in the realty sector not pitching in with high scaled bets. This land deal will definitely set a benchmark for all land deals that are going to be closed in the next few months. This is because RERA has nullified all the developers’ ability to buy land with advance payments from customers, thus denying the age-old practice.  Developers now also have to pay the full amount in cheque and get the building floor and master plans cleared before launching any project. The regulator which promises to bring in transparency and accountability into the real estate sector has made developers extremely cautious.

In the current realty market, the land prices absorb 50-70 % of the total project costs. According to real estate consultants and real estate market analysis, any cutback or reductions in land related expenditures will surely have a cascading effect on the final prices of the units thus on a whole it will bring the price per unit down and result in a more affordable housing stock in the market. Previously developers bidding for properties would take a calculated risk based on the past appreciation levels, but now developers are deep diving into the dynamics of micro markets and then taking cautious decisions based on prevalent market conditions. Prices at which land deals are closed will depend largely on the demand and supply dynamics from now onwards and at least for the next 15-18 months. The impact will vary as per different micro markets engage with the regulation.

Even by conservative estimates, the industry will not witness a huge onslaught of new launches for few more quarters at least. Builders are already saddled with under construction projects and will face tough times in bringing them under RERA and hence the developers will have a tough time complying with new norms, arranging funds that they would have already diverted and then completing those within the new agreed time period. All in all, it would become a marathon for the developers and that they would be in a tough spot.

Market analysts suggest that post demonetization and RERA, there is an anticipation of a significant consolidation drive in the real estate market that could result in much small time and unorganized developers shutting their offices down. So, if an eye-catchy and lucrative deal pops up and offers on the on-going projects from small-time builders, which are not yet registered under RERA, it would be a better decision to stay away from them.

RERA has held all the fraudulent developers by their necks and has also hit well-established developers who don’t fulfill their promises made to the buyers with a strict hand. This will wipe away all the chances of deceit and dishonesty that affect buyers greatly. Separately, genuine land buyers will have a ball and should go ahead with their acquisitions as this is the right time in terms of land deals as the rates are sure to plummet in the range of 5% to 55% depending on the micro market one targets. 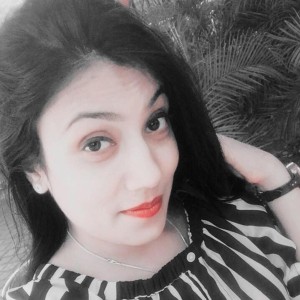 Smriti Arya is an inspiring blogger based out of Bangalore. She is a part-time chef who loves to cook food and cook ideas. In her early career, she worked as an HR in a reputed IT MNC for 5 years. Now she is an HR Manager and Inspiring blogger. You will find a recollection of her thoughts and opinions over here.